Several ballot boxes were found in Rome on Wednesday, officials said, a day after Premier Silvio Berlusconi rejected the center-left's victory claim and demanded a recount. 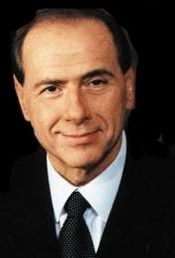 At least five boxes were being taken away Wednesday by police, AP Television News reported. The boxes, adorned with the symbol of the Interior Ministry, contained green envelopes with ballots inside.

The boxes were found in a garbage can, said Vincenzo Giulivo, head of one of the polling stations at a school where they originated.

The ballots had been filled out and their results communicated to the Interior Ministry, the ANSA news agency said.

The election Sunday and Monday was one of the closest in Italian history. The center-left opposition led by Romano Prodi won control of both houses of parliament, but Berlusconi has refused to concede defeat and has demanded a vote recount, reports the AP.