The leader of Hungary's center-right opposition on Wednesday indicated he was willing to resign his candidacy to be prime minister in order to join forces with a much smaller conservative party. 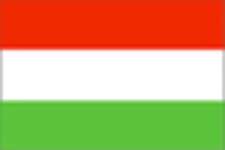 In the first round of parliamentary elections on Sunday, the governing coalition of the Socialist Party and the Alliance of Free Democrats gained a slight lead over the two opposition parties, Fidesz-Hungarian Civic Union and the Hungarian Democratic Forum, or MDF.

Over 170 of the 386 seats in the legislature will be decided in runoffs on April 23.

Without revealing the possible joint candidate's name, Fidesz leader Viktor Orban, who was prime minister in 1998-2002, said his party had proposed someone from the MDF.

"We now have to find someone who can embody the national government and create unity (on the center-right)," Orban told reporters. "We have to unite our forces unconditionally and nominate a joint candidate for prime minister."

Earlier Wednesday, MDF chairwoman Ibolya David called on Fidesz to renounce many of its key electoral pledges as a condition for talks on possible cooperation in the runoffs.

While the MDF and Fidesz ran together in the previous two elections and were in the 1998-2002 government coalition, their differences increased after Fidesz's blunt efforts to absorb the smaller party.