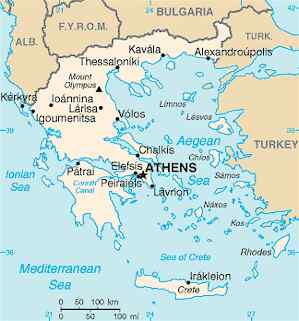 A strong seabed earthquake with a preliminary magnitude of 5.7 jolted the Ionian Sea island of Zankynthos early Tuesday, causing no injuries or damage, authorities said.

The undersea quake occurred at 3:02 a.m. (0002 GMT) and had its epicenter on the seabed south of the island, the Athens Geodynamic Institute said.