By surrendering to the street, French President Jacques Chirac is all but acknowledging that his government is powerless to push through even a minor labour reform that many call a necessary first step toward ensuring that France thrives in today’s global economy. 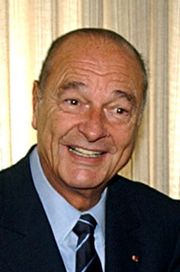 While his move yesterday averted the current crisis, it punishes his prime minister and favoured successor, and fails to solve the deeper problems of a country adrift.

The forces of the status quo won this battle, raising questions about France’s ability to enact more ambitious reforms that many experts feel are needed to help its companies compete with the likes of China and India in years to come.
Chirac’s decision to jettison a disputed jobs contract making it easier to fire young workers effectively buries any of the government’s plans to shake up the system, at least until after presidential elections a year away.

The president’s choice was a tough one. Holding firm would have risked even more of the protests that were turning violent, scaring tourists and paralysing schools nationwide.

The French employers' group Medef grudgingly welcomed “the end to a crisis that has damaged the credibility of our country”.

Even critics of the jobs law admit that the system is ailing, but the student protesters and labour unions say the antidote is more government help, not less.

Economists say that’s what is dragging France down as other countries reform to boost competitiveness, that and the strikes and protests that French workers see as a crucial democratic right.

The crisis also exposed French voters’ lack of faith in their leaders. Polls show an overwhelming 83% of respondents thought the stand-off had weakened Chirac. As he faces what is probably the last of his 12 years as president, it is a sobering number that could leave a mark on his legacy.

“I don’t think that it is impossible to carry out reform in France. The real crisis is a crisis of confidence,” said political analyst Dominique Moisi, reports Ireland Online.