Russia 's gas giant OAO Gazprom on Tuesday called for at least a threefold increase in gas prices for Belarus , a move that could strain relations between the two neighbors. Belarus is the only ex-Soviet republic that did not get a gas price hike from Moscow last year and it is currently paying the rock-bottom price of roughly US$47 (39) per 1,000 cubic meters of natural gas. 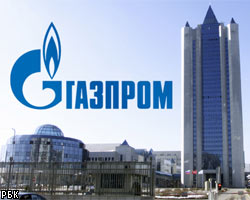 Speaking at an energy conference in Moscow , Gazprom's deputy chairman Alexander Ryazanov said Belarus should pay at least three times the rate it is paying now, the Interfax news agency reported. Ryazanov's words echoed last week's statements by Gazprom officials that Belarus should pay European rates for Russian gas. Many analysts have interpreted the move as a ploy by Moscow to acquire control over Belarusian pipeline operator Beltransgaz, which carries Russian gas to lucrative Western markets.

Experts say the proposed price hike would cripple Belarus since its Soviet-style command economy relies on cheap Russian gas to keep its exports competitive. Gazprom has said Belarus has until the end of April to put forward its proposals.

Russia and Belarus signed a union agreement in 1996 that envisaged close political, economic and military ties but stopped short of creating a single state. Belarus President Alexander Lukashenko, branded Europe's last dictator in the West for his crackdown on dissent, has rejected a scenario Putin floated in 2002 under which Belarus would essentially be absorbed by Russia. Moscow , for its part, has become increasingly impatient about subsidizing Belarus ' ailing, Soviet-style economy, reports the AP.