Sweden pulls US$25 million in aid for Nepal 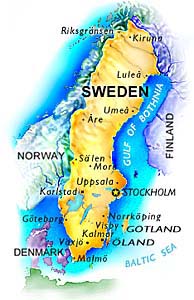 Sweden pulls US$25 million in aid for Nepal

Sweden has withdrawn US$25 million ( Ђ 21 million) in aid pledged for a drinking water project in Nepal, a news report said on Tuesday.

No reason was given for the aid's withdrawal, the Kantipur newspaper reported.

The Melamchi project was to provide drinking water for 1.5 million inhabitants of the capital Katmandu and surrounding areas, which have faced acute water shortages for years.

Nepalese officials have written to the Swedish government asking it to reconsider the decision, it said.

The project will continue and the government is looking for alternative funding sources, the report said.

It was scheduled to be completed by 2011. Donors such as the Asian Development Bank and Japan are also involved, reports the AP.