Foreign minister: Australia needs to be cautious about Indonesian relations 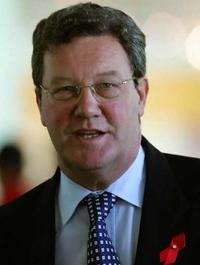 Foreign minister: Australia needs to be cautious about Indonesian relations

Downer said he was not surprised that Indonesian President Susilo Bambang Yudhoyono described bilateral relations as "entering a difficult phase that is full of challenges" because Canberra granted asylum last month to 42 Papuans who had claimed Indonesian troops were committing genocide in their homeland.

Asked if he would contact Yudhoyono to smooth over the rift, Downer told Australian Broadcasting Corp. radio: "We just let things plod along and gradually rebuild our communications."

"I think it's just best to take things cautiously and calmly and not rush into too much at this stage," he added.

The rift was discussed Tuesday between Prime Minister John Howard and Jan Peter Balkenende, the prime minister of the Netherlands, the former colonial ruler of Indonesia.

"This obviously is a sensitive issue in Indonesia, but I did indicate that I did not think that it would permanently contaminate or damage the relationship," Howard told reporters after the meeting in the national capital, Canberra.

"I think we will sail through fairly effectively with relative speed the current difficulty that we have, but I don't want to play it down," he added.

Asked about Yudhoyono's call for intense dialogue on relations, Howard said: "You can rest assured, I took careful note of that comment,” reports the AP.