Hong Kong's leader plans to leave the city when he retires

Hong Kong leader Donald Tsang said he plans to leave the territory when he retires, but he won't move to the U.S., Britain or mainland China, a newspaper reported Monday. 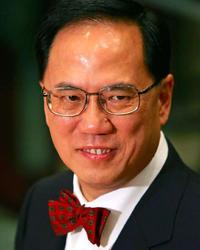 Hong Kong's leader plans to leave the city when he retires

Tsang said he would only get in the way if he stayed in Hong Kong after he left office, the Oriental Daily News quoted him as saying in an exclusive interview.

"When I retire, I'll definitely leave Hong Kong for awhile," the paper quoted him as saying. "I must do it. The special reason is that if the leader stays here, he'll be a hindrance and won't be welcomed."

But Tsang would only say that he would "go far away" and didn't say where, the mass-market paper reported. However, he ruled out moving to the U.S., Britain and mainland China, the Chinese-language daily said.

The paper didn't say why Tsang wasn't planning to resettle in the three places. It might be because he wants to avoid appearing like a puppet of China or foreign powers. Tsang served in the British colonial government before Hong Kong returned to Chinese rule in 1997.

He took office last June after his unpopular predecessor, Tung Chee-hwa, resigned citing failing health. Many believe that China's leadership sacked Tung with two years left in his term because they lost confidence in his ability to improve his dismal public approval ratings.

Tung still lives in Hong Kong, but he keeps a low profile.

Tsang, formerly the No. 2 ranking leader, has enjoyed high approval ratings. He's widely viewed to be a hardworking, savvy leader, reports the AP.