Great Britain and Indonesia agree to boost ties, but Tony Blair gets earful from Islamic leaders

British Prime Minister Tony Blair pledged to boost defense and anti-terror ties with the world's most populous Muslim nation Thursday, on a visit that also saw him put on the spot over the occupation of Iraq. 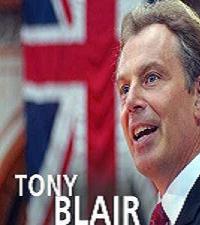 Great Britain and Indonesia agree to boost ties, but Tony Blair gets earful from Islamic leaders

But it also highlighted lingering anger in Indonesia over the war in Iraq .

During a discussion with around 150 students at an Islamic boarding school, a 13-year-old boy asked Blair "have you ever asked your best friend (U.S. President) George W. Bush to stop the war in Iraq," drawing loud applause from fellow pupils.

Blair smiled but only said he recognized there were differences of opinion on the decision to invade Iraq and the task now was to support its transition to democracy.

Another girl told Blair, who was sweating profusely in the stifling heat of the Indonesian capital, to put pressure on Israel to stop the conflict in the Middle East .

Indonesia , a mostly moderate Muslim country home to 220 million people, has a long tradition of secular rule, but since 2000 has seen a string of violent attacks by al-Qaida-linked militants.

Earlier, five Islamic leaders, known as moderates on social and political issues, urged Blair to withdraw British troops from Iraq and talk to the recently elected Hamas government in the West Bank during a discussion at the presidential palace.

"He didn't respond specifically to our requests, but hopefully tonight he will wake up and realize our suggestions make good sense," said Din Syamsudin, leader of the country's second largest Muslim group Muhammadiah.

Blair also met with Indonesian President Susilo Bambang Yudhoyono for a private discussion at the palace, where the two leaders agreed to expand cooperation on the war on terror.

"We agreed to increase the efficiency in our efforts in fighting transnational crimes like terrorism," Yudhoyono said, giving no details on the proposed cooperation.

Neither leader referred to an earlier statement by Blair's spokesman that Britain would formally announce Thursday the normalization of its defense relations with Indonesia , which have been restricted since the late 1990s due to concerns about human rights.

A joint statement said the two countries were entering "a new, modern defense relationship" but gave no details.

"In defense terms we want to treat Indonesia as a friend and ally," Blair told reporters.

Last November, the United States lifted its ban on contact with the Indonesian military citing the need for closer cooperation in the war on terror. Militants from the regional terror group Jemaah Islamiyah have launched a string of suicide bombings in Indonesia , including two sets of strikes on the resort island of Bali that killed more than 220 people, most of them foreign tourists.

Indonesia , which is desperate for foreign investment to provide jobs for its mostly poor people, promotes itself to Western nations as a model of moderation, but its leaders have to be careful not to alienate domestic Muslim opinion by being seen as too close to them.

U.S. Secretary of State Condoleezza Rice visited Jakarta last month with the same message as Blair. She, too, posed for photographs and fielded questions from students at an Islamic boarding school.

Blair repeatedly praised Indonesia for its transition to democratic rule and its moderate Muslim majority, saying the "symbolism of that is tremendously important."

"The West and Islam too often talk past each other, not to each other," said Blair, calling for more interfaith dialogue. "One of the most important things is that we do not end up with a misunderstanding of what Islam is about."

Blair and his wife Cherie, arrived late Wednesday from New Zealand . They were scheduled to leave Indonesia later Thursday.