Georgia opposition leaders predicted they would bring tens of thousands of protesters into the capital Thursday to call for the interior minister's sacking and an investigation into a prison riot that killed seven inmates. 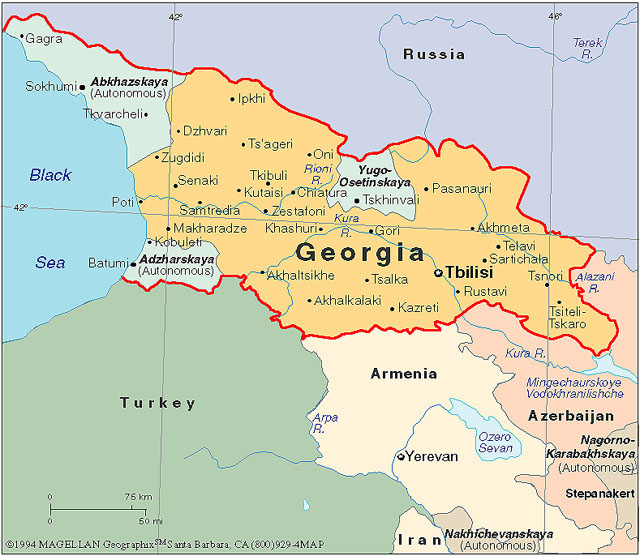 "Our demands of the authorities won't be, as earlier, only of an economic character," said Koba Davitashvili, the leader of the Conservative Party.

Another opposition leader, Pikria Chikhradze of the New Conservatives Party, said the protest would mark "a new stage in the life of the country and the opposition."

Police violently put down an uprising in a Tbilisi prison on Monday; in addition to the dead prisoners, 16 inmates and 10 guards were wounded. Opposition leaders accused Interior Minister Vano Merabishvili and the prison administration director, Bacho Akhalaya, of provoking the revolt.

The Interior Ministry is already under fire for the killing of a student earlier this year. Sandro Gvirgvliani was allegedly killed following an argument at a restaurant during a birthday party for Merabishvili's wife. Four Interior Ministry employees have been detained.

Earlier this month, some 8,000 people attended a Tbilisi rally protesting the introduction of new regulations for small traders that they said could put them out of business, reports the AP.