David Beckham says Sven-Goran Eriksson's availability after the World Cup makes him an obvious choice to become Real Madrid's next coach. The England coach was one of seven names mentioned by Real Madrid president Fernando Martin as the ailing powerhouse seeks its sixth coach of the last three years. 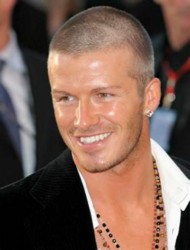 But Juventus' Fabio Capello, Chelsea 's Jose Mourinho, Liverpool 's Rafael Benitez, Arsenal's Arsene Wenger and AC Milan's Carlo Ancelotti are all contracted. While Marcello Lippi is reportedly keen to stay with Italy after the World Cup. "Sven is the obvious one because he will be out of a job. He will be free and available, so we will see," Beckham said.

Beckham, who has been England 's captain throughout Eriksson's tenure, said the Swede was "one of the best managers around and his name was bound to come into the equation."

"I think he would work well," Beckham said. "One of his biggest qualities is his man-management the way he treats the players and what he gets out of the players. He gives the players a lot of respect." Beckham, who has yet to win a major trophy with Madrid since joining from Manchester United in 2003, added that Eriksson would be well-equipped for the task of improving the team's fortunes. "I don't think he would have a problem with any place he went to. I think he is an experienced manager and can handle it," Beckham said, reports the AP.