Police arrest seven men for selling over 100 women in Vietnam 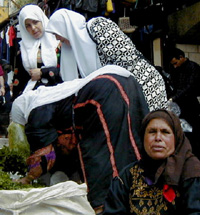 Police arrest seven men for selling over 100 women in Vietnam

Trafficking in women is punishable by up to 20 years in prison. Police declined to comment Wednesday. The trafficking scheme was uncovered in January when two of the women, who had returned home after their families paid off the brothel, reported the establishment to police, the paper said.

The women told police that the alleged traffickers had promised to find jobs or marriages for the women in Malaysia , but instead they were sold into prostitution, according to the newspaper. The traffickers sold more than 100 women to brothels in Malaysia over a two-year period, it said.

The alleged ringleaders, a Vietnamese woman and her Malaysian husband, are still at large in Malaysia , the newspaper said. Thousands of Vietnamese women have been sold into prostitution or forced into marriage in China and other Southeast Asian countries in recent years, according to government figures, reports the AP.