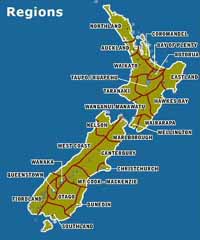 British Prime Minister Tony Blair today said the annual officials-level "security dialogue is...very important, as we want to work together round the world" with New Zealand.

The first talks among senior officials will be held in London later this year.
During a meeting in Auckland, Blair and his New Zealand counterpart Helen Clark held "substantive discussions on the continued terrorist threat posed by al-Qaida and its offshoots".

"The Prime Ministers stress the importance of continuing to share information and intelligence to counter the threat from terrorism," a statement said.

The agreement to consult regularly on security issues follows a similar plan announced between Australia and Britain on Tuesday, reports the AP.