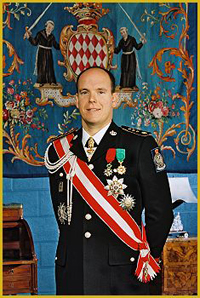 Monaco's Prince Albert II has been hospitalized for removal of a common cyst near his shoulder, the principality's palace said Tuesday.

Albert, 48, was expected to undergo a "small general anesthetic" Tuesday and required a stay of about a day at Princess Grace Hospital Center in the tiny Mediterranean principality, the palace said in a statement. No other details were immediately available.

Albert was formally installed Nov. 19, succeeding his late father, Rainier, who died in April after a 56-year reign.

The palace did not say how big or what type of cyst was being removed, reports the AP.