China 's government on Tuesday denied claims by supporters of the banned Falun Gong spiritual movement that its followers were being killed for their organs at a government-run prison. 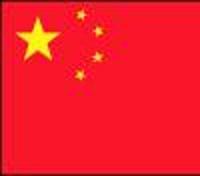 A Foreign Ministry spokesman invited reporters to visit the facility cited by the group.

"This absurd lie is not worth refuting and no one will buy it," said ministry spokesman Qin Gang.

Falun Gong, a mix of traditional Chinese spirituality and slow-motion exercises, drew millions of followers in the 1990s. But the government banned it in 1999 as a threat to public order and communist rule.

A Falun Gong-affiliated newspaper The Epoch Times, based in New York , reported on its Web site that some 6,000 Falun Gong practitioners were imprisoned at a site called the Sujiatun Concentration Camp in Shenyang , a city in Liaoning province. It said many were killed for their organs and then cremated to destroy the evidence.

Qin urged reporters to go to Shenyang 's Sujiatun district to look into the claims.

"The Falun cult has shown a consistent passion for airing lies in public," Qin said.

On Monday in Washington , hundreds of Falun Gong practitioners held a protest outside the White House to publicize the claims, reports the AP.