Officials from United States and Japan meet for beef talks

A U.S. technical team on Tuesday began two days of meetings with Japanese government officials to discuss Tokyo 's concerns over the safety of U.S. beef and to press for the reopening of the market. 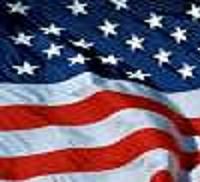 Officials from United States and Japan meet for beef talks

The U.S. Department of Agriculture team of specialists led by Chuck Lambert, undersecretary for marketing and regulatory programs, is meeting with Japanese foreign affairs, health and agriculture ministry officials in Tokyo on Tuesday and Wednesday.

"It is a very important market on both sides of the ocean, so my hope is that we can resolve whatever questions are left and work toward reopening that border," Johanns said.

Japanese officials said at the start of the meeting that regaining the trust that was lost over an U.S. export mishap in January in which banned beef parts were shipped to Japan was crucial for the reopening of the market.

Agriculture Minister Shoichi Nakagawa said Japan will be looking for detailed explanations of why the U.S. inspection process failed to catch the banned parts before shipment, adding that the issues need to be "cleared up" before imports can resume.

"We want to frankly ask U.S. counterparts about these points," Nakagawa said. If the response is satisfactory, Nakagawa said "I think we can move to a next stage."

Japan shut its market to American beef in January after a U.S. veal shipment was found to contain banned spine bones, which Tokyo considers to be at risk of mad cow disease.

The U.S. issued a lengthy report about its safety measures in February, and then answered follow-up questions from the Japanese. Officials in Tokyo last week suggested they would press Washington for further clarifications.

Japan banned all imports of U.S. beef in December 2003 after the discovery of the first case of mad cow disease in the American herd.

The ban was eased in December 2005 to allow American beef imports from cows aged 20 months or younger, but the trade was halted again after the faulty veal shipment in January.

Mad cow disease, or bovine spongiform encephalopathy, is a degenerative nerve disease in cattle. Eating contaminated meat products has been linked to the rare but fatal variant Creutzfeldt-Jakob disease, reports the AP.