A Japanese ruling party committee approved a proposal Tuesday to allow military use of the country's space program for the first time, a party official said. The Liberal Democratic Party still has to work out details of the legislation before submitting it to Parliament later this year, said Kenichi Kawamura, an aide to the committee chairman. 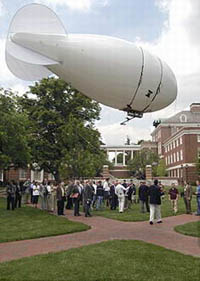 Since 1969, Japan 's space program has been limited by a parliamentary resolution to peaceful uses. The new proposal would restrict military use of the program to self-defense, officials say. The party's committee on space development, headed by Education, Culture, Sports and Science and Technology Minister Takeo Kawamura, unanimously decided that "military use of space programs limited to self-defense is considered a peaceful use," his aide said.

The ruling party plans to draft the legislation by around August after consultations with its coalition partner, the New Komei Party, Kenichi Kawamura said. An international treaty on the use of outer space accepts military use of space technology for non-aggressive, defensive purposes, the committee said in a statement.

"We should redefine what constitutes 'peaceful purposes' in line with the space treaty," under which nuclear ballistic missiles and conventional arms can be legally deployed, it said. Despite its ban on military use of space, Japan launched its first spy satellites in 2003 to monitor nearby communist North Korea after it launched a missile over Japan 's main island in 1998. Critics say the satellites violate the current space policy.

Tokyo has said it will launch another pair of spy satellites by March 2007 to closely monitor the North and other unspecified trouble spots. Previously, Japan had long focused its space program on weather and communications satellites. In 2004, a government panel recommended that the country consider its own manned space program.

"The use of space should be shifted from only research and development to a tool that can contribute to public safety and security," Kawamura, the aide, said. "The proposal is about Japan taking an initiative in diplomacy, trade, defense, and East Asian security."

The change would allow Japan 's Self Defense Forces to have their own satellite and even rockets in the future, he said. Kawamura said the proposal "has China as its backdrop."

China 's space technology symbolizes its military strength, although it still lags behind Japan 's technology, he said. The new space policy would raise Japan to the same level as China , the United States and Europe , Kawamura said.

The planned legislation will let Japan launch a "high-performance reconnoissance satellite or an early warning satellite that will detect the launching of a ballistic missile," the Yomiuri newspaper on Monday quoted the science minister as saying. It will also help allow Japan 's space industry to expand its global contribution by monitoring major disasters, the newspaper said, reports the AP.