Pro-Russian opposition leader Viktor Yanukovych strengthened his lead in Ukraine's parliamentary election with more than 40 percent of the vote counted, the Central Election Commission said Monday. Yanukovych's Party of Regions had 27.5 percent of the vote, slightly ahead of former Prime Minister Yulia Tymoshenko's party with 23.6 percent. President Viktor Yushchenko's Our Ukraine bloc was in third place with 16 percent. 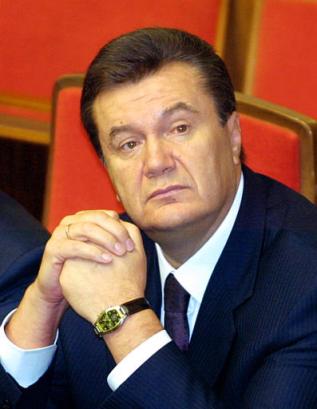 The count encompassed 40.28 percent of the vote. The results showed two other parties also making it over the 3 percent barrier to win seats in the 450-member parliament: the Socialists, which are currently serving in Yushchenko's administration, with 7.7 percent and the Communists with 3.5 percent. The party of parliamentary speaker Volodymyr Lytvyn went below the threshold.

Three exit polls showed Yanukovych in a commanding lead with nearly a third of the vote, and Yushchenko's party trailing a distant third. Ukraine's Central Election Commission said early Monday that the lengthy ballot papers, with 45 parties competing, are delaying the vote count, and complete preliminary results are not expected until Tuesday. Originally, officials had hoped to have a large portion of the vote counted by midday Monday, reports the AP.