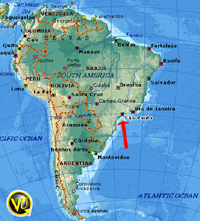 The bodies of the prisoners were removed from the lockup in the city of Jundai early Thursday after officials regained control of part of the prison, said Carlos Gati, a spokesman for the Sao Paulo state Penitentiaries Secretariat. Jundai is about 30 kilometers (19 miles) from Sao Paulo

Prisoners still controlled another part of the facility Thursday morning, and were holding three prison workers hostage, Gati said. The rebellion started Wednesday after prisoners protested the transfer of some inmates to another facility.

The prison has a capacity of 120 inmates, but 470 are being held there, reports the AP.