President Hosni Mubarak met separately on Thursday with Lebanese Prime Minister Fuad Saniora and Syrian Vice-President Farouk al-Sharaa in what appears to be a renewed bid by Egypt to defuse the crisis between Beirut and Damascus, Egypt's Middle East News Agency reported. 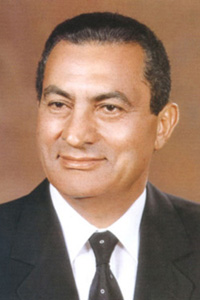 Egyptian officials said a meeting bringing together Mubarak, Saniora and Sharaa was to go ahead at the Red Sea resort of Sharm el-Sheik if the Egyptian and Lebanese leaders, who met first, had agreed on new proposals to improve relations between Lebanon and Syria, strained over last year's assassination of Lebanese Prime Minister Rafik Hariri.

Regional political heavyweights Egypt and Saudi Arabia have been trying to mediate between Lebanon and Syria, while Syrian President Bashar Assad has been seeking support from fellow Arab leaders in the face of a U.N. probe into alleged Syrian involvement in Hariri's assassination.

The assassination has led to a wave of anti-Syrian protests in Lebanon and the withdrawal of Syrian troops from Lebanon last year, but relations between the two neighbors remain fraught with distrust, reports the AP.