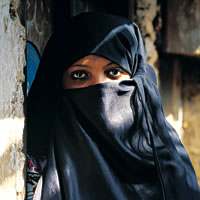 Britain's highest appeals court ruled yesterday that a school had not blocked access to education for a Muslim teenager who refused to wear the standard uniform.

Shabina Begum, 17, won a Court of Appeal ruling last year establishing that Denbigh high school in Luton had infringed her human rights by not allowing her to wear traditional Muslim dress. The school appealed the decision to the Law Lords. Lord Justice Bingham said in his ruling that the key question was whether the school denied effective access to education to the girl. "In my opinion, the facts compel the conclusion that it did not," he said. Begum was sent home from school in September 2002, reports London Free Press.