Japan announced Thursday it was freezing its yen loans to China at least through the end of this month because of worsening relations between the two nations. 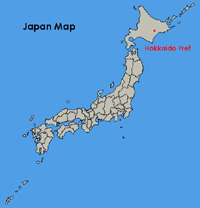 Chief Cabinet Secretary Shinzo Abe said that Japan will not give any more of the loans to China during the current fiscal year, which ends March 31, but that the government may start releasing the loans again next month if the situation improves.

"We have decided to waive a plan to provide loans for the fiscal 2005, considering the current situation surrounding the Japan-China relations," Abe said.

"We will monitor future development in Japan-China relations while continuing discussion (on the loans) within the government."

Ties between Japan and China have deteriorated sharply in the past year. The two are feuding over maritime gas deposits, interpretations of World War II history and other issues.

Japanese aid to China has also come under increasing domestic scrutiny the past few years as Beijing's economy has boomed while Japan's had wallowed in a decade-long slowdown until just recently.

China has been notified of the decision through diplomatic channels, Kyodo News agency said.