Huge crowds cheered as Japan 's baseball team made a triumphant return home Wednesday evening, a day after winning the inaugural World Baseball Classic with a 10-6 victory against Cuba . 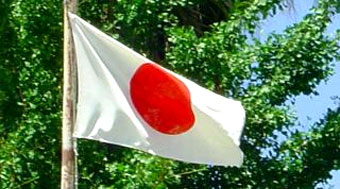 Hundreds of fans lined up to greet the players at Narita Airport , outside Tokyo , rushing to snap photos of the national heroes with their camera mobile phones.

"We fought each game as best as we could, and as a result we've been able to bring you good news," manager Sadaharu Oh later told a press conference.

"When I saw all the people at the airport, I finally got the feeling that we'd achieved something big that we're world champions," said tournament MVP Daisuke Matsuzaka , Japan 's starting pitcher in the final.

Prime Minister Junichiro Koizumi told reporters earlier in the day he "hadn't watched TV with such excitement for a long time."

"It was an incredible game," he said at his official residence.