Altar girls will be permitted in all but one Roman Catholic diocese in the United States following the announcement that churches in northern Virginia will allow women and girls to assist priests during Mass. 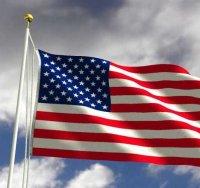 "Hallelujah," said Rea Howarth of Front Royal, Virginia, who is active in Catholics Speak Out, a group that encourages reform the Catholic Church. "Long we have waited."

Howarth said her 21-year-old daughter had wanted to be an altar girl since she was 8, and eventually decided not to be confirmed in the Church because she could not serve.

With the change, Lincoln , Nebraska , becomes the only one out of nearly 200 American dioceses to limit the ability of females to serve at the altar.

The decision to allow altar girls ultimately belongs to parish priests, who must write a letter to the bishop seeking the change.

"Some of our priests have been eager to have this option allowed, and then others have not," Loverde said. "So that's why we'll leave it at the local level."

Bishops who resisted the change said they wanted to preserve altar service as a pathway for boys to become priests, church officials have said.

But Loverde said he has found that dioceses of similar size that allow altar girls have more seminarians. Loverde also said he hoped that allowing altar girls would deepen their appreciation of Mass and encourage some girls to become nuns, reports the AP.