The Basque separatist group ETA on Wednesday announced a permanent cease-fire to begin in the coming days, bringing a dramatic end to a decades-long campaign of violence and closing the door on one of Western Europe 's last active armed separatist movements. In a statement sent to television and newspaper outlets, ETA said it "has decided to declare a permanent cease fire as of March 24, 2006 ," which is Friday. 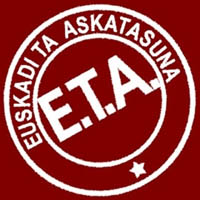 "The aim of (the cease-fire) is to promote a democratic process in the Basque country and to build a new framework in which our rights as a people will be recognized." "ETA also calls on the Spanish and French authorities to respond positively to this new situation, leaving their repressive ways behind," the statement continued. ETA often uses local Basque media outlets to issue its pronouncements.

Speculation about an end to ETA's armed campaign has been building for months, despite a recent wave of small-scale bombings against Basque businesses. Last month, Prime Minister Jose Luis Rodriguez Zapatero said he was optimistic ETA would soon declare a truce. The group has not staged a fatal attack since May 2003, when a car bomb killed two policemen in the northern town of Sanguesa .

Many Spaniards believed that after the March 11, 2004 , terror attacks in Madrid , carried out by Islamic extremists, ETA had effectively been stymied. The idea is that popular revulsion over terrorism made deadly violence politically unthinkable for the group.

Spain 's Socialist government offered ETA negotiations last May if it renounced violence, but the group has kept up a campaign of relatively low violence and in a recent statement ETA made no mention of laying down arms. The group has claimed responsibility for more than 800 deaths since the late 1960s in its campaign to carve out an independent Basque homeland in northern Spain and southwest France , reports the AP.