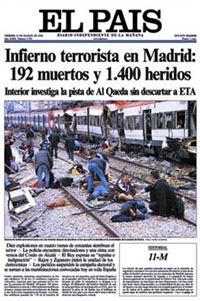 Spain's leading daily El Pais said Wednesday that assistant editor Javier Moreno would be the paper's new editor-in-chief as of next month.

Moreno, 42, will replace Jesus Ceberio, 59, who has run the daily since 1993. He will take over May 4, the day the publication celebrates its 30th anniversary, the paper said.

Under Ceberio, El Pais has strengthened its position as Spain's leading daily with some 2 million readers and a circulation of 460,000.