Kosovo premier promises to push ahead with guarantees for Serb minority

Kosovo's new prime minister on Wednesday promised the EU he would seek to reach out to the territory's Serb minority who are wary of his background as a pro-independence guerrilla leader. "We are very serious about wanting Serbs to stay in Kosovo, to be equal, to be free, to be secure, and really to love Kosovo as their home," Agim Ceku told reporters at EU headquarters. 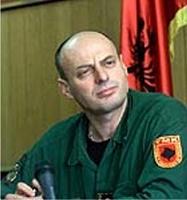 Kosovo premier promises to push ahead with guarantees for Serb minority

His pledge won praise from EU foreign policy chief Javier Solana. "For a long time there has been a lot of talk but not a lot of action, we have to do the reverse now," Solana said. "The prime minister has really said very clearly to you that this is what he intends to do."

Serbia has opposed the appointment of Ceku, the former leader of the rebel Kosovo Liberation Army. Belgrade accused him of war crimes and said his election on March 10 could be detrimental to ongoing U.N.-led talks on Kosovo's future. He denies those charges as politically motivated. Kosovo has been run by the United Nations since NATO launched a bombing campaign to end a Serb crackdown on the ethnic Albanian rebels in 1999. Kosovo's Serbs want it to remain part of Serbia , while the ethnic Albanian majority insists the talks lead to full independence.

With the next round of talks scheduled in April, Ceku said he would seek to send a signal to the Serbs that his government wants to bring its treatment of minorities in line with EU standards. He said the new government's goal was to prepare an independent Kosovo for eventual EU membership.

"We are a European nation with very clear European Union and NATO aspirations," Ceku said. "We do not have any agenda other than a European agenda and to build Kosovo in accordance with European standards and European values and to be a member of the European Union as soon as possible", reports the AP.