The Prince of Wales took a swipe today at the publication of the Danish cartoons which sparked a wave of violent protests in the Islamic world for their satirical treatment of the Prophet Muhammad. 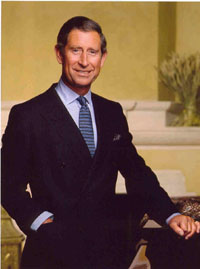 On a visit to Egypt, the Prince, who is touring the Middle East with the Duchess of Cornwall, expressed concerns over the "failure to listen and to respect what is precious and sacred to others".

The heir to the throne adressed more than 800 Islamic scholars at Cairo's al-Azhar University, the world's oldest university, and called for greater tolerance between different religions - especially the three great "Abrahamic faiths": Christianity, Judaism and Islam.

"The roots of the faith that we share in the One God, the God of Abraham, give us enduring values," he said. "We need the courage to speak of them and affirm them again and again to a world troubled by dissension."

The Duchess, who had earlier removed her shoes and donned a veil to tour the elaborate al-Azahr mosque, watched from the audience as the Prince delivered his serious, impassioned 30-minute speech which he had titled "Unity in Faith".

The Prince said: "The recent ghastly strife and anger over the Danish cartoons shows the danger that comes of our failure to listen and to respect what is precious and sacred to others. In my view, the true mark of a civilised society is the respect it pays to minorities and to strangers."

The Prince spoke about divided communities in Iraq, and said his fears from more than a decade ago of growing misunderstanding between Islam and the West had come true, reports Times.