Thousands of traders go on strike in New Delhi

Thousands of traders went on strike Tuesday in New Delhi, shutting markets across the city to protest a court order to crack down on businesses in residential areas. 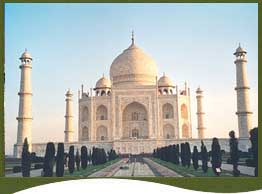 Thousands of traders go on strike in New Delhi

Many of the major markets and shopping areas closed in response to calls by trade unions and traders associations and thousands of shopkeepers held protests at the markets.

The Supreme Court last month ordered the closure of all business that line 189 main roads in residential areas, where commercial activities occupy more than 50 percent of the buildings.

The shops, which the court says violate zoning regulations, have until March 26 to comply voluntarily or the municipality will seal them off.

"The traders are committed to reflect their anger and resentment ... by keeping their establishments closed," Praveen Khanderwal of the Confederation of All India Traders told the Hindustan Times newspaper.

The courts have been taking a proactive role recently in cracking down on unlawful businesses in New Delhi.

A combination of 14 million inhabitants, endemic corruption and lax law enforcement has lead to construction chaos in New Delhi. Thousands of buildings have sprung up across the city, often built with little regard for safety, aesthetics or zoning laws, reports the AP.