Police on Monday arrested a man suspected of causing a large wildfire in southwestern England that forced the evacuation of 100 people. 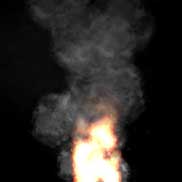 A spokesman for Dorset Police said the 37-year-old man from Poole, who was not identified by name, was being questioned about the blaze Sunday on 100 hectares (245 acres) of heathland near England's southern coast.

The spokesman said the fire was thought to have started in the coastal town of Bournemouth.

More than 150 firefighters and 25 fire engines brought the blaze under control. No injuries were reported.

Conservationists estimate that it could take up to 15 years for the damaged heathland at Canford Heath to grow back, affecting the birds and reptiles who live among the scrubby undergrowth on the open land of the heath, reports AP.