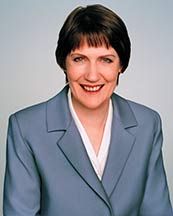 Prime Minister Helen Clark said she had accepted David Parker's resignation from the post of attorney general after he admitted "mistakes" in filing the reports.

Parker is one of three shareholders in a property development company. "Investigate" magazine reported Monday that one of the other partners, bankrupt property developer Russell Hyslop, had disputed statements made by Parker in reports on company activities that must be filed every year with the nation's Companies Office.

The magazine said Parker had stated that the shareholders had decided unanimously not to appoint an auditor, but that Hyslop said he was never asked to approve the decision and the declaration was therefore false.

Clark said there was no evidence that anyone had been harmed by Parker's actions, but that they justified her accepting his resignation as attorney general.

The error "has cost him the very prestigious job as the government's chief law officer," she said, adding that Parker would retain his Cabinet posts as ministers of transport and energy.

Parker is the seventh Cabinet member to resign or be sacked since Clark became prime minister in November 1999.

Parker told reporters he was "not sure" whether he had "technically" broken the law.

"I admit that I made the mistake and I expect to be treated the same as anyone else," he said.

He said the "highest standards of compliance with the law" were required of the attorney general, and "that's why I offered my resignation."