Japan 's major broadcast networks are in the final stages of choosing a location in the capital to build the tallest tower in the world, a Japanese newspaper reported Tuesday. 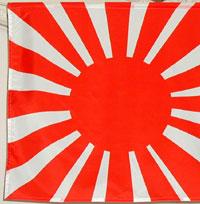 The tower to be 600 meters (1,980-feet) tall when completed will be used for terrestrial digital broadcasting at a cost of 50 billion yen (US$420.17 million; 352.43 million euros), the national Yomiuri newspaper said. It is scheduled for completion in 2011.

Kinji Terada, a spokesman of NHK, said officials are now "in a final stage of coordination" in picking the location for the tower in Tokyo 's old entertainment area in Sumida ward. The tallest structure in the world is now the CN Tower in Toronto , Canada , which stretches 553 meters (1,815 feet), largely because of a huge antenna, reports the AP.