Japanese musicians urged the government on Tuesday to exclude musical instruments from the list of secondhand electric appliances to be banned for sale under new safety regulations. 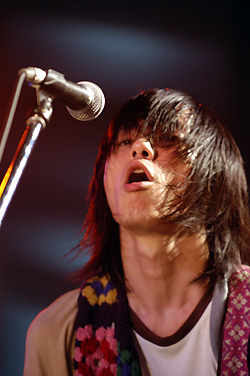 The planned measure amounts to destroying culture, said Ryuichi Sakamoto, the Oscar-winning musician who is spearheading a petition campaign in protest.

Japan 's Trade Ministry has said that effective April 1, it will become illegal for retailers to sell 450 products manufactured before 2001, such as TVs, audiovisual equipment and electric musical instruments.

The move has drawn strong criticism in some circles in Japan , and prompted Sakamoto to start a petition, which has collected tens of thousands of signatures, demanding the government exclude electric musical instruments in the revised safety rules.

The Trade Ministry announced Tuesday that it will go easy on old electric musical instruments saying that an instrument could be still traded "if the piece is found to have rarity value."

But dealers still need to go through a "procedure" to sell such a piece, the ministry said in a statement without giving details.

"We cannot agree with this proposal. We want musical instruments to be excluded from the list of items," Kazuo Shiina, who is leading the campaign with Sakamoto, said at a Tokyo press conference.

Off to one side, an old electric keyboard and a synthesizer from the 1960's and 70's were on display.

Shiina said that it is not clear how one musical instrument is more valuable than another, and the ministry did not give details on the resale procedure.

Sakamoto, who took part in the press conference through a pre-recorded MP3 message, said the move would hinder development of the music scene in Japan .

"A Fender Rhodes (electric piano) is as equally important as a Steinway piano, or it could be more valuable depending on a music genre," he said. "The move amounts to the destruction of culture."

Shiina and other members of the Japan Synthesizer Programmers Association will submit some 75,000 signatures and a petition to the Trade Ministry Wednesday.

The system for overseeing safety standards for electronic gadgets was changed in 2001, requiring products to carry a seal with the letters PSE, which stand for "product safety of electrical appliance and material."

Under an older system, the government carried out expansive tests on products. The new system relies on voluntary checks by manufacturers.

After a five-year transition period, which expires at the end of March, all products made before 2001 will be banned from resale without a seal guaranteeing the safety.

Some products such as personal computers and portable digital music players, which have been regulated under separate standards, won't be affected.

Togi Hideki, who blends the ancient Japanese music with his own Western style compositions using traditional instruments and the synthesizer, said that the issue has a bigger implication.

"They may say that the new regulation is for safety, but it should be up to an individual whether he wants to use a secondhand good or not," adding that the measure is "too much and overprotective."

Individual consumers can continue to own products manufactured before 2001 and selling the gadgets as individuals, including Internet auctions, will continue to be legal, reports the AP.