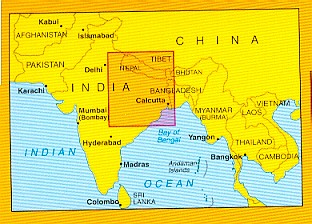 The hijacking took place late Monday in an isolated district of Jharkhand state, top district official K.K. Sone said. Maoist rebels in the region have been fighting for a quarter-century to defend the rights of the region's poor.

"It appears that they just wanted to prove a point that they could do such a thing," Sone told The Associated Press. He said there had been no shooting, and that none of the 50 or so passengers on the train had been hurt.

Few other details were immediately available.

The incident began late Monday when the driver of a cargo train passing through the state's Latehar district reported his train and a passenger train had come under attack from Maoist rebels. The area is about 1,200 kilometers (750 miles) southeast of New Delhi.

A railway official, A.K. Shukla, said the cargo train had managed to escape.

Shukla said the passenger train had left a station at the town of Hehegharha at around 7 p.m. (1330 GMT) and had been expected to make its next stop about two hours later but never arrived.

The rebels, who claim to be inspired by Chinese revolutionary Mao Zedong and who are known as the Naxalites, are active in eastern states of Jharkhand, Bihar, Orissa and Chhattisgarh and in some parts of the southern state of Andhra Pradesh.

The insurgents had called for a weeklong general strike in Latehar to protest the recent killing of one of their regional commanders by security forces, Sone said, reports the AP.