China on Tuesday said negotiations could still resolve the dispute over Iran 's nuclear program and called on Tehran to cooperate with the U.N. nuclear agency. "Now there is still room to solve the Iranian nuclear issue through diplomatic negotiations," said Chinese Foreign Ministry spokesman Qin Gang. "We hope Iran can cooperate closely with the International Atomic Energy Agency and do more to build up mutual confidence to help reach a solution." 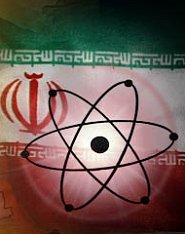 China and Russia on Monday rejected proposals from the United States , Britain and France for a U.N. Security Council statement demanding that Iran clear up suspicions about its nuclear program. The five governments make up the council's permanent members, with power to veto U.N. actions.

The dispute raises the threat of a Security Council impasse and means that Washington , London and Paris may not get their wish for strong action. Qin said Beijing backs a proposal by Moscow to have Iran 's uranium enriched in Russia . " Russia 's proposal is still a helpful suggestion that could help break the impasse," Qin said. "We support the negotiations between Russia and Iran and hope to see those talks bear fruit as soon as possible", reports the AP.