The French prime minister's vow to press on with a new labor law that has sent students into the streets drew fresh criticism Monday from unions and the opposition Socialists, who said President Jacques Chirac should intervene. 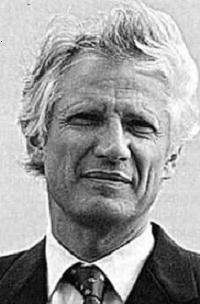 Speaking in a prime-time interview Sunday, Prime Minister Dominique de Villepin tried to assuage critics of the plan to increase jobs among youths with promises of more guarantees.

Socialist Party leader Francois Hollande said, however, that protests risked doubling in size and that Chirac should either support Villepin "or make the decision that the prime minister doesn't want to make" withdrawal of the measure.

"This means he is opening a conflict ... Jacques Chirac (must) step in," Hollande said.

The head of a powerful union also reiterated a call for Villepin to kill the plan.

Villepin vowed to work with labor leaders to defuse swelling tensions which reached a peak early Saturday when riot police stormed the Sorbonne University to evict students occupying the landmark institution to press a demand that the measure be withdrawn.

"This law will be applied," Villepin said Sunday, adding in the interview on the TF1 TV station that he wants to complement guarantees with new ones negotiated with unions and others.

The protests over the jobs contract gave Villepin his toughest labor test yet since taking office in June. Reducing unemployment at 23 percent among youths has been a priority. In some troubled suburbs such as those where a wave of rioting broke out last fall the figure rises to as high as 50 percent, Villepin said.

The outcome of the jobs plan could play a critical role in the run-up to 2007 presidential election.

The "first job contract," or CPE, would make it easier for employers to hire and fire young workers during the first two years of employment. The measure is expected to take effect in April.

"Do we sit here with our arms folded ... our eyes down?" said an increasingly energized Villepin, insisting that his personal political survival was not at issue. "This is a time of action."

"I will not accept leaving these youths on the side of the road," he said.

Villepin has faced calls from fellow conservatives to reassure youths that they will be eligible for access to bank loans, housing and government compensation after the law is enacted. Some have called on Villepin to withdraw the measure.

The head of the powerful CGT union, Bernard Thibault, vowed to "use all the tools to reiterate the only worthwhile demand: withdrawal of the CPE" and another job reform plan.

Villepin offered few new concrete measures Sunday, but suggested that young workers laid off in the first two years could receive a temporary supplement to their unemployment insurance.

"I think the prime minister didn't understand anything about what is going on," said Bruno Julliard, leader of the UNEF student union, on France-Info radio. He claimed Villepin "wants to divide students" by saying they are preventing suburban youths from finding jobs.

Speaking to AP Television News, Julliard urged more protests: "I have the conviction that we can get him to pull back."

The top two unions of high school students called for classroom protests starting Monday. Nearly 400,000 people took part in peaceful demonstrations across France last week. Student groups have called a new protest on Thursday, and several unions were to join in yet another on Saturday, reports the AP.