The European Union and the United States signed a new wine deal Friday that allows the U.S. to export wines made using practices many European vintners shun. Talks on a "more ambitious" agreement are slated to start within 90 days, as both sides build on last September's breakthrough after 20 years of haggling. 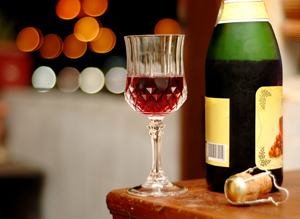 Americans will now be able to sell woodchip-aged wines throughout Europe , a move some European winemakers fear will undermine their traditions as they face aggressive competition from a host of New World wines. A shudder runs through some Europeans at the thought of adding water to wine to dilute the alcohol content and aging wine with woodchips instead of using expensive oak barrels to endow a distinctive toasty, smoked vanilla flavor.

Germany which refused to back the pact last year called such practices unacceptable, calling on Europe to draft a "purity law" to stop European producers following in American footsteps. However, American methods have their supporters. Adding wood chips costs a fraction of changing barrels annually.

Italy has asked for a change in EU law to allow the use of wood chips. The EU has already allowed scientific testing but it is still banned commercially. The trans-Atlantic wine trade is worth some US$2.8 billion (2.3 billion) a year. The United States is by far the EU's most important wine market, with wine taking some 40 percent of EU exports in terms of value.

The deal signed Friday lightens the load on wine exporters by clearing away some of the certification barriers they face but many issues remain.

The new talks will have to thrash out the status of low-alcohol wines and build on an American promise to restrict the EU's sole right to use the names port, sherry and champagne for European-made drinks. Under EU law, only sparkling wine from France 's Champagne region can bear the name a restriction Europe wants to extend worldwide.

The U.S. administration is to ask Congress to change the status and limit the use of 17 European names on American wines such as Burgundy, Chablis, Champagne, Chianti, Sherry and Tokay that have until now been considered "semi-generic" in the United States, reports the AP.