Finland's Matti Vanhanen left for India on Friday on the first official visit by a prime minister from the Nordic country in 22 years, seeking to deepen relations with one of the world's fastest growing economies, the foreign ministry said. 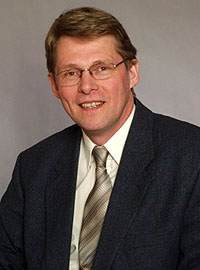 Vanhanen planned to inaugurate a new plant of the telecommunications giant Nokia on Saturday in the southern city of Madras, the Indian foreign ministry said in a statement.

Finland's Nokia is the market leader in India's booming mobile phone market, growing at about 40 percent every year. Over the past six years, India has leapfrogged from a telephone density of 1 percent to the current 12 percent with some 135 million phones. Almost all of the new connections are mobile phones, which have far outnumbered fixed lines.

Apart from Nokia, more than 30 Finnish companies have joint ventures in India, and some 70 others are doing business in the country through local agents, the statement said.

Vanhanen will make a weekend trip to the northern city of Agra to visit the Taj Mahal, before arriving in New Delhi on Monday for meetings with Indian Prime Minister Manmohan Singh and other government leaders, the statement said.

Accompanied by a high-level business delegation, Vanhanen will also address a lunch meeting in New Delhi hosted by two of India's leading business groups, the Confederation of Indian Industry and the Federation of Indian Chambers of Commerce and Industry, it said.

"The bilateral visit assumes importance in view of our increasing economic engagement with Finland, which will assume the presidency of the EU (European Union) in the second half of the year 2006," the ministry said in a statement.

Vanhanen plans to return to Finland on Wednesday.