A statement by a Vatican cardinal that he didn't see a problem with public schools teaching Islam to Muslim students has sparked criticism and debate in Italy , which officially separates church and state but still teaches Catholicism in schools. The remarks by Cardinal Renato Martino, who leads the pontifical council for justice and peace, were published on the front pages of Friday's newspapers. 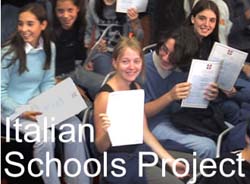 "If there is the necessity, if in a school there are 100 children who are Muslims, I don't see why we couldn't teach them their religion," Martino said during a convention in Rome on Thursday. Italian public schools teach Catholic religion, although students who don't want to take part in the class can opt out.

The idea of teaching Islam in public schools came up earlier this week during the second meeting of Italy 's Islamic council, which was set up in December to improve dialogue between the Italian government and the country's 1.1 million Muslims.

During the meeting, the Union of Islamic Communities in Italy , a Muslim group with a reputation for radicalism, came up with the proposal. Senate President Marcello Pera criticized Martino's endorsement of the idea as "not very encouraging."

"The stance ... is the polar opposite of any attempt at integration, and in fact tends to strengthen the idea of an autonomous Islamic community within the Italian state," Pera said in a statement on his Web site. "I think that public schools should not be allowed to teach any religion," Emma Bonino, a politician with the Radical Party and a former EU commissioner, said in an interview with Rome daily La Repubblica. "The question is not whether to teach Islamic religion, but that we shouldn't teach the Catholic one either", reports the AP.