Schwarzenegger to parole murderer who became priest in prison

Gov. Arnold Schwarzenegger has decided to parole a convicted murderer who became an Episcopal priest while behind bars, according to a spokeswoman. The state parole board voted last October to release James Tramel, 38, who was convicted in 1986 of killing a homeless man in Santa Barbara . Schwarzenegger, who rejected parole for Tramel a year ago, declined this time around to review his case, said Julie Soderlund, an aide to the governor. If the case is not reviewed by the governor, the parole board's decision stands. 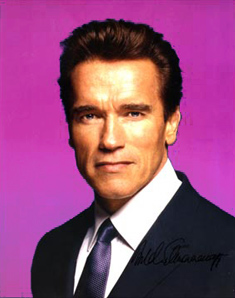 Schwarzenegger to parole murderer who became priest in prison

Tramel is scheduled to be released Sunday, said the Rev. Richard Helmer, a San Francisco clergyman who coordinated a campaign for Tramel's parole. "I feel humbled," Tramel said from Solano State Prison in Vacaville . "I feel the weight of my responsibility to justify the faith that people have put in me." Schwarzenegger's office did not say why the governor changed his mind.

Tramel was convicted of killing Michael Stephenson, 29, in an unprovoked crime that the victim's family called a "thrill killing." Tramel, who was a 17-year-old Santa Barbara prep school student at the time, was sentenced to 15 years to life for second-degree murder, as was another defendant, David Kurtzman, who stabbed Stephenson 17 times and remains incarcerated.

The victim's father criticized the decision to release Tramel. "We certainly don't want him out but there's not a thing we can do," said Edward Stephenson of Newport Beach . Tramel began counseling dying inmates in prison and in 1998 became the first prisoner to be accepted as a student at the Church Divinity School of the Pacific in Berkeley , where he earned a master's degree in theological studies through an off-campus program, reports the AP.