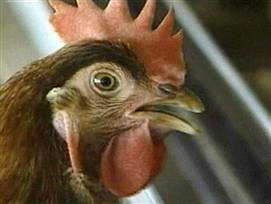 Tests indicate two wild ducks found on Sweden 's largest island have tested positive for the H5 bird flu subtype, but more tests were needed to confirm it was the deadly H5N1 strain, authorities said Friday. The birds were found on the island of Gotland off Sweden 's southeastern coast, the National Veterinary Institute said. Sweden has had no confirmed cases of H5N1.

Dead birds with the same H5 subtype have previously been found in three other locations in Sweden , and experts say more cases are expected. Samples of the virus have been sent to the European Union laboratory in Weybridge , England for confirmation. Restrictions were imposed on handling poultry in the area and a small part of the island was sealed off as experts were sent in to search for more dead birds, reports the AP.