The Kazakh president's eldest daughter on Friday accused the intelligence service and opposition of launching a propaganda campaign against her family following the slaying of an opposition leader. "We see the surprising ... teamwork of those who in theory should be on opposite poles: the NSC (the National Security Committee) and leaders of our 'irreconcilable' opposition," Dariga Nazarbayeva wrote in the Karavan newspaper. 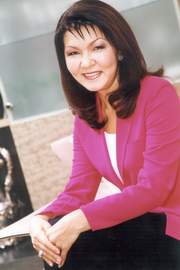 She accused them of launching "a carefully orchestrated information war against the president's family" alleging their involvement in the Feb. 11 slaying of Altynbek Sarsenbayev, leader of the Nagyz Ak Zhol party. Nazarbayeva, a media mogul and lawmaker, called such allegations "delirious." Police say the killing was masterminded by a senior parliament official because of personal enmity.

The opposition dismisses the official theory and says the murder was politically motivated. They have demanded that investigators question Nazarbayeva and her husband Rakhat Aliyev, who is a deputy foreign minister.

President Nursultan Nazarbayev has ruled the oil-rich ex-Soviet republic for 16 years, drawing criticism for growing authoritarianism. Sarsenbayev was abducted and killed along with his bodyguard and driver the second prominent presidential critic to be killed in three months.

Five security service officers were arrested in connection with the murder, and according to police, confessed to abducting the three victims and handing them over to alleged killers. The arrests prompted the resignation of intelligence chief Nartai Dutbayev, reports the AP.