Mine hits 26 in Pakistani province of Balochistan

At least 26 people have been killed after their vehicle hit a landmine in south-western Pakistan province of Balochistan, officials say. 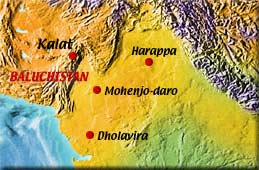 Mine hits 26 in Pakistani province of Balochistan

Several people were also injured in the explosion in Dera Bugti, about 300 km (180 miles) from Quetta.

It is not yet clear who is behind the attack on the vehicle carrying people to a wedding party, officials said.

Tribal separatists have been pushing for greater political and economic rights and have attacked gas plants, electricity lines and railway tracks.

Officials said the vehicle was carrying a wedding party when it hit at least one anti-tank mine near the town of Rakhni, a local official said.

"Most of the dead are women and children. Seven people were injured," a spokesman for the Baluchistan provincial government, Raziq Bugti, told Reuters news agency.

He said the number of casualties and the damage suggested that "there could have been more than one land mine but we have not confirmed that at this stage".

Mr Bugti said the landmine had been planted by rebels who have been fighting security forces in the region.

There have been a spate of land mine attacks in the troubled province.

On Thursday, two landmine blasts in Dera Bugti killed a civilian and injured seven others.