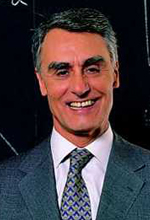 East Timor's president left for Portugal where he will attend Thursday's inauguration of the country's new head of state, Anibal Cavaco Silva.

Xanana Gusmao said he wanted to congratulate Cavaco Silva on behalf of the people of East Timor.

"My presence will represent our special relations with Portugal," he said before departing Tuesday.

Portugal _ which colonized East Timor for four centuries before the tiny territory was invaded by Indonesia in 1975 _ was very supportive of East Timor's break for independence in 1999. Since then it has provided the new country with significant economic, military and other assistance.

Gusmao will return to East Timor on March 28, reports the AP.