German Chancellor Angela Merkel discussed Iran and the controversy over the publication of Prophet Muhammad cartoons at a meeting Tuesday with Morocco 's prime minister. Merkel did not go into detail on Iran , whose nuclear ambitions are currently under discussion by the board of the U.N. nuclear watchdog in Vienna , Austria . She said only that she had discussed the Middle East, Iran and Afghanistan with Prime Minister Driss Jettou. 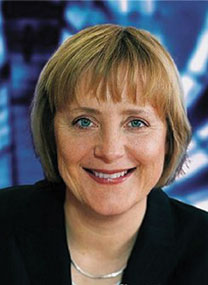 Germany is one of the European countries where newspapers reprinted cartoons of Islam's revered prophet. The caricatures were first published in Denmark, triggering widespread and sometimes violent protests in Muslim countries.

Morocco , Merkel said, "can be a very good partner in understanding feelings in the region and, at the same time, finding acceptance for the principles of freedom of opinion and religion", reports the AP.