After a long break, John Travolta's got the music in him again. 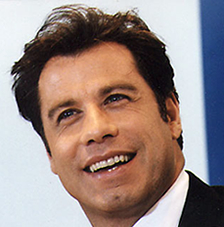 He thrilled moviegoers in 1977 as a disco-dancer in "Saturday Night Fever" and was a bad-boy bopper in 1978's "Grease." Then Travolta put musical roles aside.

The actor will take on the role of Edna Turnblad in "Hairspray," a coming film adaptation of the hit Broadway musical based on John Waters' 1988 film. Travolta will star opposite singer-actress Queen Latifah, who has signed on to play Motormouth Maybelle, according to New Line Cinema.

The film's producers, Craig Zadan and Neil Meron, said shepherding Travolta's return to musicals was "a dream come true." They're aiming for a summer 2007 release.

"Hairspray" opened on Broadway in 2002 and went on to earn eight Tony Awards, including best musical. Harvey Fierstein, who played Edna Turnblad on Broadway, won a Tony for his role, reports the AP.