Australian Prime Minister John Howard was set to chat with business leaders and Bollywood stars Tuesday on the second day of his four-day visit to India. 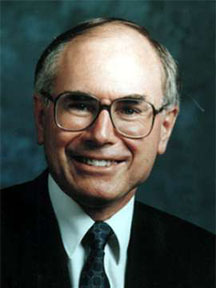 Howard was scheduled to address a lunch meeting of business executives in Bombay, India's financial hub and the capital of the western state of Maharashtra, Australian consulate officials said.

He also was to meet the cast and crew of "Salaam Namaste" (Hello, Hello), a popular Hindi film about a radio announcer shot almost entirely in Australia, said the officials, speaking on condition of anonymity because they are not authorized to be quoted.

On Monday, Howard said Australia wouldn't lift a ban on uranium exports to India following a landmark nuclear deal with the United States.

New Delhi is looking for alternate sources of energy to fuel its booming economy, one of the fastest growing in the world.

Howard said his government considers the India-U.S. deal a positive development, but noted that Australia blocks nuclear sales to countries that have not signed the Nuclear Nonproliferation Treaty.

"There is no current intention of changing that policy," Howard told reporters, after daylong talks with Indian leaders, reports the AP.