Placido Domingo, Frederica von Stade and Denyce Graves sang before an enthusiastic audience of more than 7,000 at the post-Katrina reopening of the New Orleans Arena. "A Night for New Orleans," a benefit concert held Saturday night, also included Richard Leech and Nathan Gunn. It was the first opera performance in New Orleans since Hurricane Katrina hit Aug. 29. 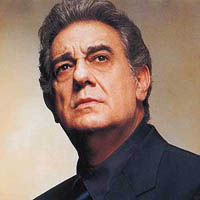 Performers occasionally poked fun at the city's hazardous condition following Katrina, while expressing their best wishes and confidence in the future. Domingo, whose recent struggles with an inflamed windpipe caused him to step down from several performances at the New York Metropolitan Opera, said his first appearance in New Orleans 44 years ago had brought him good luck early in his career.

The arena was the pre-Katrina home of the NBA's New Orleans Hornets, who return to the city for the first time Wednesday for a game against the Los Angeles Lakers, part of a three-game home series. The Hornets are playing the rest of their home games this season in Oklahoma City, reports the AP.