Libya said Monday it was ready to improve relations with Italy, although it said it was still awaiting a "significant" gesture from Rome to put a definitive end to its colonial past. A statement issued by the Libyan Embassy in Rome appeared designed to put an end to a spate of criticism from both Libyan and Italian officials following riots last month at the Italian consulate in Benghazi that left at least 11 people dead. 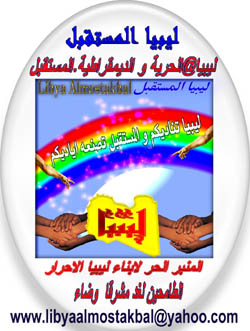 Libyan leader Moammar Gadhafi has said the rioters were venting their hatred of Italy, and were not protesting cartoons of Prophet Muhammad that were published in European newspapers, as had been widely reported. An Italian Cabinet minister, Roberto Calderoli, resigned after he was blamed for contributing to the anger by wearing a t-shirt emblazoned with the cartoon.

In the statement, the Libyan Embassy continued to complain about comments from unnamed Italian politicians concerning the riots, as well as Italy's occupation of part or all of Libya that lasted from 1911-1943, a favorite rallying cry of Gadhafi's.

But the statement began by praising recent comments by Italian Foreign Minister Gianfranco Fini on the countries' relations, and concluded by suggesting Tripoli wanted to close the matter. Libya "confirms its full willingness and collaboration to improve already excellent bilateral relations, particularly in the fields of anti-terrorism, organized crime and clandestine immigration, and to strengthen cooperation in commercial, energy and financial sectors," the statement said.

However, it said the Libyan people were still awaiting a "big gesture, significant and not just symbolic, that would put an end to the past for a future of renewed friendship and common development of both countries." It didn't elaborate on what that gesture should be. Libya has previously asked for such a gesture to finally close the colonial chapter, but Italian officials still seem unclear about what Tripoli wants.

Foreign Ministry Undersecretary Alfredo Luigi Mantica told the Apcom news agency the two sides have discussed the possibility of Italy building a highway, or a medical institution in Libya, but that agreement had never been reached. In the 1980s and 90s, Gadhafi's government repeatedly demanded reparations from Italy for the colonial period. Italy replied it had settled all obligations in a payment worth US$6.7 million in 1956.

In 1998, the two governments signed an agreement which Libya viewed as an apology and Italy characterized as "closing for good a history of conflict." Mantica said the idea of a "big gesture" was contained in that accord, although the agreement itself didn't define what the gesture should be, reports the AP.