Four wild ducks found in southern Sweden have tested positive for an aggressive strain of bird flu, authorities said Monday. Tests confirmed the birds carried a highly pathogenic virus of the H5 type, but it was not immediately clear whether it was the deadly H5N1 strain, the National Veterinary Institute said. 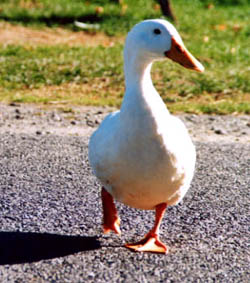 Two other wild ducks found in the same area near the southeastern coastal city of Oskarshamn, about 250 kilometers (150 miles) south of Stockholm, tested positive for the same virus last week. Authorities said they suspected those birds were infected with the H5N1 strain, but have sent samples to the European Union's reference laboratory in Weybridge, England for confirmation.

Restrictions were imposed on handling poultry in the area and part of the coastline was sealed off as authorities searched for more dead birds. Experts said the new cases were expected and would not lead to any additional protective measures.

"We simply continue the search for other possible cases to get an overview of the extent of the outbreak," Robert ter Horst of the National Board of Agriculture said in a statement. The latest WHO figures show the H5N1 strain has killed at least 94 people since 2003, mostly in Asia, and devastated poultry stocks. Scientists are concerned that the virus could mutate into a form easily spread between people, sparking a pandemic, reports the AP.